Yerba Mate – One of the Best Substitutes for Coffee? 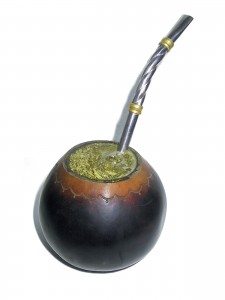 Ah, the smell of a fresh pot of coffee in the morning.

The freshness of that first pour.

But if you are like thousands of Americans, you’ve come to the realization that your coffee habit has gone too far.

It started with just a trip here and there to Starbucks, but now it’s your morning routine.

But now your stomach feels unsettled.

You have trouble winding down at night.

Not only is coffee a morning ritual, but it’s also now a mid-morning and mid-afternoon ritual as well.

Your doctor tells you that you need to cut out the coffee and cut down on the caffeine.

A slow metabolizer of catecholamines could focus at a high level for a number of hours but then fall off a cliff where they can quickly become irritable, tired, and require some time to refresh and recharge their batteries.

Decaf coffee just doesn’t seem to have the same rich flavor that you’ve come to enjoy. Although sometimes, what your missing is really better quality.

If you want a good decaf, organic coffee in the top 1% of sourcing, I would use Purity Coffee. Also, some of the issues with coffee may be due to mold toxins, over-charring with bold roasts, or other quality factors. Try Purity Coffee for yourself and use promo code “dralex” for 10% off a first purchase.

So, when you need a full coffee substitute, where do you go next?

There is an herbal coffee substitute that’s been around for thousands of years.

It contains 3/4ths the caffeine of a cup of coffee, but antioxidant content similar to green tea.

Although it’s been used for centuries in places like Brazil and Argentina, yerba mate is becoming an increasingly popular substitute for coffee in the United States.

Yerba Mate as a Coffee Substitute

Switching away from coffee is no easy task.

So addictive, that if caffeine were to be first discovered today, it would be a controlled substance.

But beyond it’s addictive qualities, caffeine  intake has been linked to weight loss, and reduced risk for developing metabolic syndrome (1).

But chronic caffeine consumption has its drawbacks, especially on your ability to manage energy and stress.

Yerba mate is a great option because it contains up to 3/4ths the caffeine content of coffee, making it an easier transition if you are scared of those dreaded caffeine withdrawal headaches.

While some herbal weight loss supplements such as ephedra have been associated with adverse events, yerba mate has been pointed to as a safe and effective alternative (2; 3).

An Important Note to Consider

Additionally, some researchers think that the increased risk may occur because of yerba mate’s stimulatory effect on the metabolism of carcinogens such as those in tobacco and alcohol. A number of studies were not controlled for tobacco and alcohol use, and so we are still waiting on more definitive research (8; 9; 10; 11; 12; 13)

While no specific mechanisms have been agreed upon for the heightened risks of oral/oro-pharyngeal considers, yerba mate also contains anti-cancer phenols like chlorogenic acid and caffeic acid (which are also found in coffee) which may also improve glycemic control and provide anti-viral, and anti-inflammatory properties (14; 15; 16; 17; 18; 19).

Based on what we know now, you can drastically reduce the risk of oral cancers by taking caution to not drink the tea while it is still hot, and opt for green tea if you smoke cigarettes or frequently consume alcoholic beverages.

Yerba mate can be a healthy alternative to coffee at 1-2 cups per day to support mental concentration, and give you a comparable amount of caffeine without being an energy drain like coffee.