The Important Role of Breastfeeding on Infant Gut Development 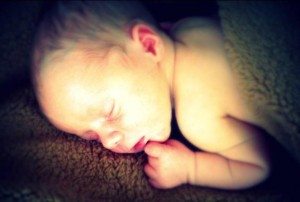 During the first few weeks of life, a baby’s immune system is almost entirely dependent on the mother’s breast milk for immune protection from its environment. Breast-feeding during the first weeks and months of life is now recognized as an important strategy to ensure a healthy balance of good bacteria in an infant’s gut.

You may not be aware that your gut is actually the center of 60-70% of your immune system and may play a crucial role in the development of chronic disease. The gut plays such an important role because it is a primary defense between the “outside” and “inside” worlds. When good bacteria line the gut, they prevent potentially harmful bacteria from lining it instead.

Because of increased awareness of these findings, organizations are starting to turn their heads to the nutritive power of breastfeeding for your child…

The World Health Organization now recommends exclusive breastfeeding for at least 6 months to promote health. Additionally, the nutritional committees from the American Academy of Pediatrics, Euopean Society for Pediatric Allergology and Clinical Immunology, & the European Society for Pediatric Gastroenterology, Hepatology, and Nutrition ALL recommend exclusive breastfeeding for food allergy prevention (1; 2).

Many nutritionists recommend feeding babies breastmilk for 18-24 months as hypoallergenic foods are introduced one at a time starting at 6 months. More allergenic foods such as  corn, wheat, dairy, soy, peanuts, eggs, & shellfish should only be introduced when the child is older and their immune system is more developed.

Some practitioners recommend that mothers avoid these allergenic foods as well to prevent passing sensitivity on to their children.

Infant symptoms such as a atopic eczema can actually disappear upon a lactating mother’s removal of allergenic foods from her diet. If a mother is looking for a supplement to her own breastmilk, she can take probiotics during pregnancy and breastfeeding which has been shown to promote infant immune health (3).

Immunity is passed from the mother through her breast-milk which contains antibodies against specific antigens present in the immediate environment. Demonstrating the unique bond a lactating mother has with her baby, a baby’s saliva actually communicates with the mother and literally affects the composition of the milk based on the baby’s unique needs!

Mother’s breastfeeding can help prevent and support gut problems (4) and research suggests that breastmilk can help re-establish a healthy balance of bacteria and antibodies even after use of antibiotics (5).

Unfortunately, the process of re-establishing healthy levels of infant bactera through breastfeeding may take as long as 2-4 weeks (6; 7)!

Because of high c-section rates and feeding with cow or soy milk formulas, “natural” infant gut development can be altered. Mothers who breastfeed may help reduce potential complications. For instance, research has shown that breastfed infants have a more acidic environment in their gut during the first six weeks of life. Their tiny guts become naturally full of healthy bifidobacteria and naturally low in potentially harmful bacteria such as E. coli, Bacteroides, Clostridia, and Streptococci. Not a bad trade-off at all.

In addition to healthy bacteria, infants depend on something called sIgA from their mother’s breastmilk as a passive form of antibody protection that lines an infant’s GI tract and protects them from potentially harmful antigens in their immediate environment.

sIgA continues to be the primary gut immune defense as we age…decreasing with physical, emotional, and chemical forms of stress. When sIgA levels are disrupted, we may become more susceptible to IgE and IgG reactions associated with food allergies, sensitivities, and intolerances to those with genetic susceptibilities.

You can supplement with IgG to support intestinal levels with IgG-Boost 2500 (powder) or MegaIgG2000 (capsules) to help absorb toxins in the gut. I’ll also supplement with an Infant Probiotic, or often rotate between capsules of Megasporebiotic and SporeBoost IG.

Introducing allergenic foods too early & failing to breastfeed may “turn on” genes that make us susceptible to allergies later in life. Genetic susceptibility to gluten allergy alone may be present in up to 81% of Americans (8). These low-level food reactions can contribute to a “leaky gut” – a condition where your intestines absorb proteins that the body sees as “foreign”, initiating delayed immune reactions.

Within as little as four days of life, the presence of bifidobacterium in the guts of breastfed infants can be over 300% higher than in formula-fed infants. Pathogenic bacteria tend to make up the dramatic difference in bottle-fed babies (9).

Supplementing breastmilk with even just a little bit of formula can affect the acidity of the gut environment, possibly promoting the presence of harmful bacteria and threatening the integrity of the gut lining (10; 11 )!

Just one bottle of dairy formula may sensitize a susceptible infant to milk allergy (12; 13).

Proper development of the immune system depends on a healthy array of bacteria in your gut.

Did you know that a c-section delivery can actually affect the types of bacteria found in an infant’s digestive tract?

It’s true. Gut bacteria in infants born by c-section delivery may be disturbed for up to 6 months (14). This increase of pathogenic bacteria compared to healthy bacteria is referred to clinically as small bowel intestinal overgrowth and over time, may contribute to the development of chronic disease.

Think of your immune system as a triage unit with some factors serving as general, primary defense, and other immune components as special forces. When these also fail, the immune system will make more dramatic shifts, which may possibly account for the autoimmune diseases seen 10-20+ years later.

Feeding with infant formula has actually been suggested to play an important role in the development of type 1 diabetes, an autoimmune reaction to the pancreas (15; 16; 17)! It is interesting that autoimmune diseases such as Celiac disease, Crohn’s, or Hashimoto’s Thyroiditis, tend to show up around 25-35 years of age. Research suggests that autoimmune conditions may be related to disruptions in gut integrity and the balance of the immune system.

These disruptions and alterations may actually be related to feeding practices during infancy!

It is important not to forget the incredible bond that is formed between mother and baby during the months that she is nursing.

Many women remark that breastfeeding is a part of their pregnancy that they tend to miss the most! They fear that the incredible bond developed over the first few months will wisp away over time, but they soon learn that it is only the beginning of a deep bond they will share over a lifetime.

Special thanks to Marsha Walker, RN, IBCLC for compiling much of this breastfeeding research and educating women and the public on these issues for over 25 years!