Do You Have Hidden Heart Disease? A Simple Blood Marker That Your Doctor is Probably Not Ordering 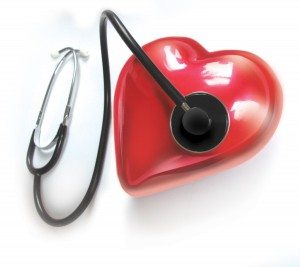 Unfortunately, we are now realizing that these routine panels tell us very little about oxidative stress, inflammation & heart disease risk.

hsCRP, an inflammatory marker that is produced by the liver, is one of the best and most predictive inflammatory markers since it takes into account the status of a number of other inflammatory markers. hsCRP is unique in that it is not only a marker of inflammation, but it itself causes damage to the blood vessel lining. It is both a marker and a risk factor for heart disease when levels rise over 2.0 mg/L.

hs-CRP is raised from a culmination of other inflammatory markers that travel to the liver creating this one deep marker. These individual markers are the interleukin-6 (IL-6), interleukin-1B, and tumor necrosis factor alpha (TNF-alpha). Together these three markers are what trigger the production of hs-CRP in the liver.

hsCRP acts to increase oxidative stress and autoimmune dysfunction, both of which can harm vascular cell walls. The marker is also an indirect indicator of general oxidative stress.

Do You Have Hidden Heart Disease from Alexander Rinehart, DC, MS, CNS

hsCRP can be caused by any ordinary infection such as sore throat, strep, pneumonia, chronic bronchitis, colitis, and sinusitis.

One of the most common infections that causes hsCRP is a periodontal infection. Inflammation of the gums from forgetting to brush and floss can lead to an increased risk of heart disease (1).

When infection and other sources of chronic inflammation have been ruled out, hsCRP can signal the presence of inflammation in the vascular walls.

Other Potential Causes of Elevated hsCRP:

Other Signs of Vascular Inflammation:

The anti-inflammatory effect of omega 3 fatty acids from fish, flax, nuts, and grassfed beef is well-known.

Vitamin D has been shown to help lower hsCRP and IL-6 is is one of the most commonly deficient vitamins for individuals living north of Florida.

Unbeknownst to many, vitamin D is a very powerful anti-inflammatory hormone and is important for hormone and gut health.

Glutathione is the body’s major antioxidant and immune modulator that it makes on its own. It also helps to flush harmful heavy metals and other toxins from the body, thereby reducing systemic inflammation, oxidative stress, and hs-CRP.

The problem is, stress from a toxic environment full of heavy metals, pesticides, and other unpleasantries will often deplete glutathione levels.

Coenzyme Q10 (also called CoQ10 or Ubiquinol) inhibits the inflammatory marker TNF-alpha, and improves activity of Vitamin E which has also been shown to lower hs-CRP and IL-6 levels (6; 7; 8).

Lutein, a substance found in egg yolks and dark, leafy green vegetables, especially spinach, has also been shown to reduce levels of hsCRP

Lycopene is highly prevalent in watermelon and tomatoes. It’s known for it’s ability to support prostate health in men, but for our purposes here, lycopene has been shown to reduce the inflammatory marker TNF-alpha as much as 34% (9) and potentially reduce the risk of cardiovascular disease (10).

This yellow Indian spice contains an active ingredient known as curcumin. Curcumin is a well-known anti-inflammatory chemical and a natural COX/LOX inhibitor. (COX/LOX are fancy names for inflammatory pathways targeted by drugs like Ibuprofen, Celebrex, as well as other anti-inflammatory drugs.)

The mediterranean diet is almost defined as being the complete opposite of the Standard American Diet.

The Journal of the American Medical Association reported in 2004 that a mediterranean diet significantly reduces hs-CRP levels.

Getting Tested for hsCRP

Next time your doctor wants to order blood work, request that he or she add hs-CRP to the list of markers. I run it on most of my patients.

The reason for this may not seem necessary, however, often times such markers are important to add to a physician’s list because they cater to your needs as a patient. Sometimes you may not “feel” improvements, and with functional nutrition which makes it difficult to gauge success and failure. However, inflammatory markers such as hs-CRP can be useful benchmarks to measure how well a natural approach is working. This is why alternative health professionals like myself routinely measure hs-CRP as a general marker of health. We then look to identify and address the cause of high hs-CRP when we see unhealthy levels above 2.0 mg/L.

hsCRP is a “quiet” marker and so levels can be high without you even knowing. If your doctor isn’t testing for it, then you don’t know.

For a comprehensive resource, pick up a copy of What Your Doctor May Not Be Telling You About Heart Disease, by Mark Houston, MD.

Does your probiotic do this? Spore probiotics hav