The Importance of Supplementing Vitamins and Minerals While on Oral Contraceptives 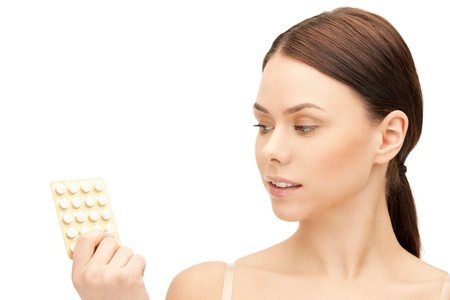 Considering many women begin taking oral contraceptives in early adolescence and continue their usage for many years, it is important to look at the possible nutritional effects of oral contraceptives on a woman’s body especially when it comes to the depletion of vital nutrients.

The World Health Organization (WHO) points out the influence of nutrient depletion caused by being on oral contraceptives is a great cause for concern and should be of high clinical relevance.  Oral contraceptives may affect levels of folic acid, vitamins B1, B2, B6, B12, vitamin C and E and the minerals magnesium, selenium and zinc. They also can decrease levels of the antioxidant CoQ10 and the amino acid Tyrosine.

The B vitamins and CoQ10 can be especially important in some individuals with certain genetic traits that may increase the need for these vitamins. For instance, someone who carries a certain copies of genes coding for MTHFR – an enzyme that “activates” folic acid in the body, may benefit by supplementing with a specific form of folic acid as opposed to what you may find in other supplements and even in prescription levels of folic acid.

Vitamins play a key role in the function of the body. Vitamins support the immune system, the nervous system, convert nutrients into energy, contribute to growth and help process carbohydrates, proteins and fat, and is when the use of hmb supplement could be really helpful for your body. Vitamins also serve as helpers when it comes to the natural processes of detoxification, and as protectors when it comes to the stress on your metabolism that drugs can initiate. So if a certain class of drugs is known to deplete them, I take notice.

The effects of vitamin deficiencies can present a multitude of negative effects on the body. Minerals are essential nutrients that the body needs to survive and carry out daily functions and processes. Minerals keep you healthy and have key roles in several body functions. Interestingly, the symptoms of nutrient depletion often mirror the side effects of the drugs that deplete them.

There is a reason that your doctor may recommend that you take 3-6 months of prenatal supplements following the discontinuation of oral contraceptives before trying to conceive. There are reasons why it can take 1-3 menstrual cycles for your cycle to come back to normal after you discontinue birth control. It is because you need time for your body to restore its nutritional reserves and for your hormones to function again normally on their own.

While there are many reasons to take or not to take oral contraceptives, I wish that all women at least were aware of the potential depletion of key nutrients, so that they may correct deficiency when present through diet or supplements.

The most common effects caused by folate deficiency result in neural tube defects in developing embryos, anemia, and peripheral neuropathy.  Furthermore, a typical consequence of folate deficiency is implicated as one of the causes of cardiovascular disease. Carriers of certain genetic markers, as determined by a profile such as 23andMe.com, may be at higher risk for folic acid deficiency – and possibly higher susceptibility to some of these health problems and complications. There are a lot of subtleties to the interactions of folate, B12, and their role in the methylation cycle of the body. But for this article’s purpose, just know that oral contraceptives can complicate genetic susceptibilities to methylation cycle defects even further.

B1 or thiamin is involved in nervous and muscle system function as well as digestion and metabolism. Severe deficiency can lead to complications involving the brain and nervous system, as well as the muscular and cardiovascular system (your heart is a muscle after all). A severe B1 deficiency can be triggered by chronic alcoholism – possibly contributing to an acute disorder known as Wernicke-Korsakoff syndrome. Wernicke-Korsakoff can manifest with vision changes, balance problems, memory problems in addition to the textbook Korsakoff psychosis and Wernicke’s Encephalopathy. While some of these complications can be rare. If a women has a history of alcoholism, is taking birth control, and other medications that may also deplete B1, it’s not hard to see why she may experience some memory impairment and other complications even on sub-clinical levels.

Deficiency and sub-optimal levels of vitamin B2 (which occur in patients with inflammatory bowel disease, and chronic alcoholism) leads to a variety of clinical abnormalities that include degenerative changes in the nervous system, endocrine dysfunction, skin disorders and anemia. A deficiency in B2 may also be involved in migraine headaches.

Vitamin B6 is an important cofactor for many enzymatic reactions in the body – including hormone metabolism. B6 deficiency can be related to low energy, mood disruptions, confusion, skin disorders, high homocysteine levels and inflammation of the tongue and mouth. Supplementation with B6 may be useful for supporting symptoms of premenstrual syndrome, fibromyalgia and even carpal tunnel syndrome.

Vitamin C is one of the best known antioxidants and has been long used to support the immune system as well as cardiovascular and musculoskeletal health. Someone deficient in vitamin C may bruise more easily, and and heal more slowly. You may remember reading about scurvy and Vitamin C, but it is actually very rare. Scurvy is a condition characterized by inflammation of the mouth and gums. Taking birth control is not likely to turn you into a limey – the word they used for ship passengers who would prevent scurvy by eating and sucking on limes which was providing them Vitamin C. You may be familiar with the work of Linus Pauling who linked low-level vitamin C deficiency to a wide variety of health problems – most notably atherosclerosis and heart disease.

Vitamin E is a fat-soluble antioxidant that is important in protecting our cell membranes from oxidative stress. There are various forms of vitamin E, such as alpha, beta and gamma tocopherol. Vitamin E is commonly used in support for heart disease, and even cancer. Vitamin E also promotes brain and eye health. A deficiency of vitamin E can contribute to muscle weakness, low muscle mass, as well as problems with vision and gait.

Since selenium is an important antioxidant nutrient, deficiency can increase the risk of cancer and cardiovascular disease. Several studies indicate that oral contraceptives interfere with selenium absorption.  Selenium plays a role in the functioning of the thyroid gland and in every cell that uses thyroid hormone. It has been shown that selenium supplementation may be beneficial in the Hashimoto’s thyroiditis. Selenium plays a role in various detoxification enzymes as well that may be important in the clearance of toxic metals and chemicals from the body.

Inadequate magnesium intake frequently causes muscle spasms, and has been associated with cardiovascular disease, diabetes, high blood pressure, anxiety disorders, migraines, osteoporosis and strokes. Although deficiency of magnesium may be attributed to decreased dietary consumption and the use of diuretics, it has repeatedly been shown that magnesium levels are greatly reduced by oral contraceptives.

Coenzyme Q10 or Ubiquinol/Ubiquinone, is a fat soluble antioxidant enzyme that plays an important rule in energy creation in the cell. Coq10 promotes heart health by protecting the body from oxidative stress. A deficiency of CoQ10 can be related to migraine headaches, muscle soreness, as well as cardiovascular symptoms. A woman taking both a statin drug as well as an oral contraceptive, may be at even greater risk of CoQ10 deficiency.

Tyrosine is involved in the production of neurotransmitters such as melatonin, dopamine, norepinephrine (noreadrenalin) and epinephrine (adrenalin). Because of its wide-reaching effects on hormone metabolism, tyrosine depletion can contribute to altered mood as well as food cravings. In fact clinical trials have suggested that anywhere from 16-56% of women taking oral contraceptives will experience depression!

Women on birth control who feel zombie-like, moody or depressed, or broadly, “just not myself”, when taking birth control, may benefit from tyrosine supplementation prior to turning to pharmaceutical options (as well as possible B-complex supplementation, Magnesium, and others listed above).

Tyrosine has wide effects beyond just mood and can affect stress hormones as well, and so supplementation should be managed by a professional trained in clinical nutrition.

So Does this Mean I have to Take 10+ Supplements and Stop Taking My Birth Control?

The answer is that “it depends…”.

Data starting from the 1970’s clearly shows that oral contraceptives  induce depletions of nutrients which are likely to contribute to several common side effects. There are a number of books, reports, research papers, and weekend seminars with their sole focus as exploring the influence of these depletions and their potential ramifications for women health. The data can be disturbing due to the widespread use of oral contraceptives as well as the general belief that they are generally benign drugs.

In order to make the benefit of taking oral contraceptives outweigh any possible risks, appropriate and personalized dietary supplements should be considered by clinicians. Otherwise, vitamin deficiency symptoms may be mistaken for additional disorders – creating an environment where polypharmacy is the norm – accelerating nutrient depletions further, while also opening the door for even further side effects and medication.

If you eat ample nuts, fruits and vegetables, it is possible to support levels of these nutrients naturally. But medications can deplete the body of nutrients to a higher degree than what diet can balance – making supplementation the next best choice.

When you choose medications, there is ultimately a cost-benefit analysis to consider.  Personalized supplementation through a professional trained in clinical nutrition can help ensure that you get the best from both conventional and natural therapy options. These supplements are generally safe and affordable – making them preferred candidates of safe, first-line options of clinical support when taking medications for other reasons.

A professional is important to ensure you are taking the right form and dosage of particular nutrients that match your situation – not because of a textbook read-out.

For more information, check out The Pill Problem by Ross Pelton, PhD (affiliate)

PrevPreviousMilk, Does a Body Good…or Does It?
NextParasitic Hookworm Infections and Autoimmune and Allergic DiseaseNext