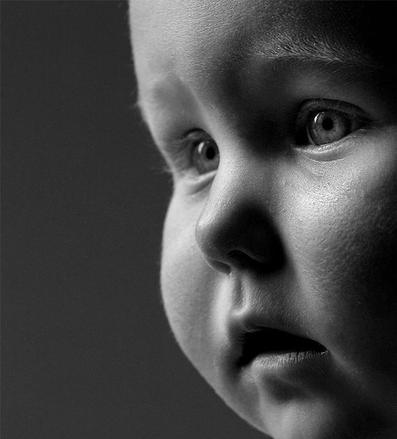 There are many reasons a women may not be able to breastfeed her new child and, from the get-go, that discussion goes beyond my expertise.

I was was born cesarean section and was formula fed. So despite being a man without a child of my own, I’m not writing from an elitist point of few. I was simply compelled to share and highlight the rich and beautiful diversity of immune factors that are contained in mother’s milk.

Historical Perspectives on Breastmilk and Immunity:

The newborn’s immune system not only lacks development but also lacks experience with its the surrounding environment. This means that a baby’s protective immune responses (T cell, natural killer cell, cytotoxic and cytokine systems) are often inadequate and dys-regulated until several years after birth (4; 5). Despite the delayed maturation, immune development starts during pregnancy, continues upon birth and matures throughout the first few years of life.

While it took until the mid to late 20th century for science to appreciate the immune supportive components of breastmilk – the protective effects of breastmilk have been recognized for millennia.

Ancient Hindus used the antiseptic properties of expressed breastmilk for post-operative care. For instance, following cataract surgery, the surgeon would irrigate the eye with breastmilk – assumably to prevent infection. But such historical knowledge was largely lost until the 20th century as Western influence and the Enlightenment pushed away many ancient traditions in the name of science and progress (and money).

While it was acknowledged in the 1960’s that milk had antimicrobial properties, it wasn’t until 1974 that the fat content was fully understood to be the active antiseptic ingredient.

Fieldsteel AH (1974) was studying human milk and discovered that the cream portion, but not the skim portion was anti-microbial after standing (6). It was later shown in 1979 Welsh and May, that the fat portion of human milk was active upon standing because it contained lipases that converted “inactive” triglycerides into two free fatty acids and an “active” monoglyceride (7).

When the antimicrobial activity of the individual fats in breastmilk was compared, lauric acid was found to have the best activity against Staphylococcus aureus, Streptococcus Group A, and Candida albicans. Lauric acid comprises as much as 10% of the fat composition of human milk (7).

Human milk contains a lipase enzyme that produces free fatty acids and monoglycerides from the milk fat when the milk is allowed to stand. The newborn does not make lipases at birth, and so it requires the lipases found in mother’s milk to predigest inactive fats (e.g. lauric acid) into their antimicrobial byproducts (e.g. monolaurin).

Due to the immaturity of the infant’s digestive system as well as the anti-digestive factors found in milk, a number of these peptides and antimicrobial and anti-inflammatory immune factors are able to maintain their activity throughout the infant’s intestine – creating hurdles for the growth of non-friendly microbes, and easing the way for the growth of friendly microbes (3; 13; 14).

Since the quantities of some of these factors are greater in human than in bovine milk (such as the presence of lipases), one would postulate that the resistance of breast-fed infants to infection would be superior to that of non-breastfed infants (3; 7; M. Shimizu, N. Uryu, and K. Yamauchi (1981); 16). To increase peptide intake you can buy peptides online.

The dynamic composition may allow human milk to provide the infant with adequate immune protection, without the creation of excessive inflammation (17). Numerous immune factors have since been found to work individually, additively, and synergistically with one another to protect  both the mother’s mammary gland as well as the infant from infection (18).

During pregnancy, IgG antibodies transfer across the placenta – allowing the mother to transfer some of her immunity to the developing fetus (5). Some immune factors will also transfer through amniotic fluid (3). It is upon birth when the infant microbiome beings to develop.

During birth, the baby’s mouth (and subsequently their digestive system), eyes, and skin are colonized with multiple strains of Lactobacilli as the infant passes through vaginal canal. This inoculation seeds the infant’s developing microbiome. The microbiome is the pool of bacterial diversity seen throughout the digestive tract that acts to assist digestion and immune function.

For those infants born via C-section, a new trend is emerging referred to as “vaginal seeding”. Vaginal seeding is performed by swabbing the mother’s vagina and then immediately swabbing the newborn’s mouth, eyes, and skin to assist in this early colonization of flora. Proponents see it as the next best option to support natural immunity for babies born via C-section; opponents warn against the risk of transmitting undesirable microbes such as Group B Streptococcus.

Immune Development During Breastfeeding and Beyond:

Upon birth, it is the mother’s breastmilk that provides the infant with important nutrients for growth, development & and the immune system. Human milk contains maternal antibodies, prebiotics and probiotics, as well as substances with antimicrobial and other protective properties. Infants born via Caesarian section do not receive this initial batch of Lactobacilli, which may lead to long-term consequences for immune health (19).

It is now known that the colonization with bacteria helps prime genes involved in immunity – ultimately promoting a balanced immune response. While infant formula can mimic some of the functions of breastmilk, a more robust response is seen in breastfed infants (20).

In the early months, the infant is dependent on the mother’s milk in order to receive important immune factors that help to establish a healthy gut microbiome. Children who are breastfed may have less incidence of diabetes, Crohn’s Disease, ulcerative colitis (5), respiratory diseases (21), as well as some cancers, particularly lymphoma (22; 23).

Women may stop breastfeeding for a number of reasons such as nipple soreness, lack of milk production, or the development of infant problems. There is also a common perception that the infant is not getting enough milk, or is not satisfied by breastmilk alone. Other reasons given by mothers was that the baby began biting, or seemed to wean itself (24; 25).

Due to number of important factors found in breast milk,  experts recommend exclusive breastfeeding for the first six months of life. It is believed that this window is important in the prevention of food allergy development and later immune problems (26; 27).

Lactation support from a specialist or family member may help support breastfeeding beyond the first month and at least to the six-month range – other issues such as the mother returning to work, or having trouble pumping milk or storing the milk may also make feeding efforts difficult.

Immune Factors Found in Human Milk and Their Roles

Human milk is enormously rich in immune defense factors that would be difficult to reproduce with any synthetic formula. Not only do these factors have individual effects, but it is the synergistic effects that really give human milk its unique touch on proper infant immune development.

Colostrum is the first milk produced by the breasts. It provides the infant with essential nutrients and protective antibodies. It is fifty times richer in secretory IgA than normal breastmilk (7), contains both IgG and IgM antibodies, as well as all components of the complement system which help to initiate and regulate attacks on foreign invaders. Like colostrum, regular breastmilk will also contain these complement system components (28).

The developing infant has limited enzymes to breakdown lactose which allows for more lactose to find its way later in the gastrointestinal tract. The excess lactose helps fuel the growth of healthy lactobacilli (33).

These branched sugar molecules act as “prebiotics”. Prebiotics support intestinal flora by acting as food and fuel for our bacterial friends.  These sugar compounds specifically promote the growth of probiotics like Lactobacilli bifidus and bifidobacilli.

One group of researchers added synthetic oligosaccharides to infant formula during the first six months of life and observed a statistically significant reduction in the incidence of atopic dermatitis (34).

It is believed that much of the antibacterial benefits of human milk come from the establishment of this rich environment of healthy lactobacilli (7).

Once healthy colonies are established, these bacteria then produce compounds called organic acids that limit the growth of potentially harmful bacteria. Their growth alone helps to “crowd out” competing flora that may be harmful to the developing infant.

Lactobaccili and bifidobacterium provide benefits by creating  a low pH in the gastrointestinal tract that interferes with pathogenic growth, by blocking their binding, and interfering with their biochemistry (3; 35; 36; 37; 38).

Formula-fed infants may not experience such protection – increasing their susceptibility to pathogenic microbes, as well as potential immune-related problems that are not yet fully understood (7; 39; 40).

Breastmilk contains ample  IgA that supports an important first line of  immune defense for the gut (41). As the gastrointestinal tract is technically an open tube to the environment. Proper immune control and activation becomes an essential to a balanced immune response both as an infant and throughout life.

Defend against bacterial pathogens by helping to break open or “lyse” cell membranes.

Lactoperoxidase is a natural enzyme capable of killing both gram positive and gram negative bacteria (42; 43)

This unique molecule may help trigger apoptosis of select cancer cells uniquely without harming healthy cells (46). Apoptosis is “programmed cell death”. When cells are not programmed to die, they persist and their growth can become uncontrolled.

Breastmilk is rich with lauric acid, which when acted upon by lipases found in breastmilk as well as the infant’s digestive tract, becomes monolaurin, which has potential to kill or slow growth of certain bacteria, fungi, molds and viruses (48).

Provides structure to cell membranes and acts as a raw material for the production of many hormones.

Cytokines act as messengers and direct agents involved in immune stimulation, modulation, and regulation. A number of cytokines and cytokine-producing cells are found in breastmilk at higher concentrations than found in cord blood. The developing infant is naturally deficient in these factors and so depends on breastfeeding to supplement their immune system with them.

While the immune factors in breastmilk are mostly protective, virus material can hitch a ride along certain immune factors like lymphocytes. When these lymphocytes are passed on from mother to infant, it may actually help transmit infection.

Two of the most studied cases of transmission are with cytomegalovirus (CMV) and human immunodeficiency virus (HIV). Despite the transmission, it is known that antiviral factors such as monolaurin are also delivered in the milk, and so it has been demonstrated that the infant may never actually show signs of infection despite having been infected with a virus (3).

By the time the lactating mother is diagnosed with HIV, CMV or other transmittable infections, the infant has already exposed. Some authors suggest that due to the exposure, breastfeeding should continue as the long-term benefits may outweigh any risks.

One case-control study followed infants infected by CMV via breast milk for 8.5 years to track longer term outcomes and risk. The authors found that CMV infection had no long-term effects for the health outcomes and timeframe studied.

Despite the interesting findings, the experts asserted that longer studies are still needed before adjustments to our current breastfeeding guidelines could be recommended (49). In some cases, preventative therapy is still indicated for the infant (50).

A Note on Breastfeeding and Antibiotic Therapy

Mothers on antibiotic therapy do not necessarily need to discontinue breastfeeding. Cessation of breastfeeding may be necessary for some infections, but that cessation is typically temporary. In these circumstances, the continuation of breastfeeding is encouraged after an abstention period of 1-14 days (50; 51). This way the infant may continue receiving the rich benefits of the immune factors found in breastmilk.