Why is My Candida Protocol Not Working? – Part 1 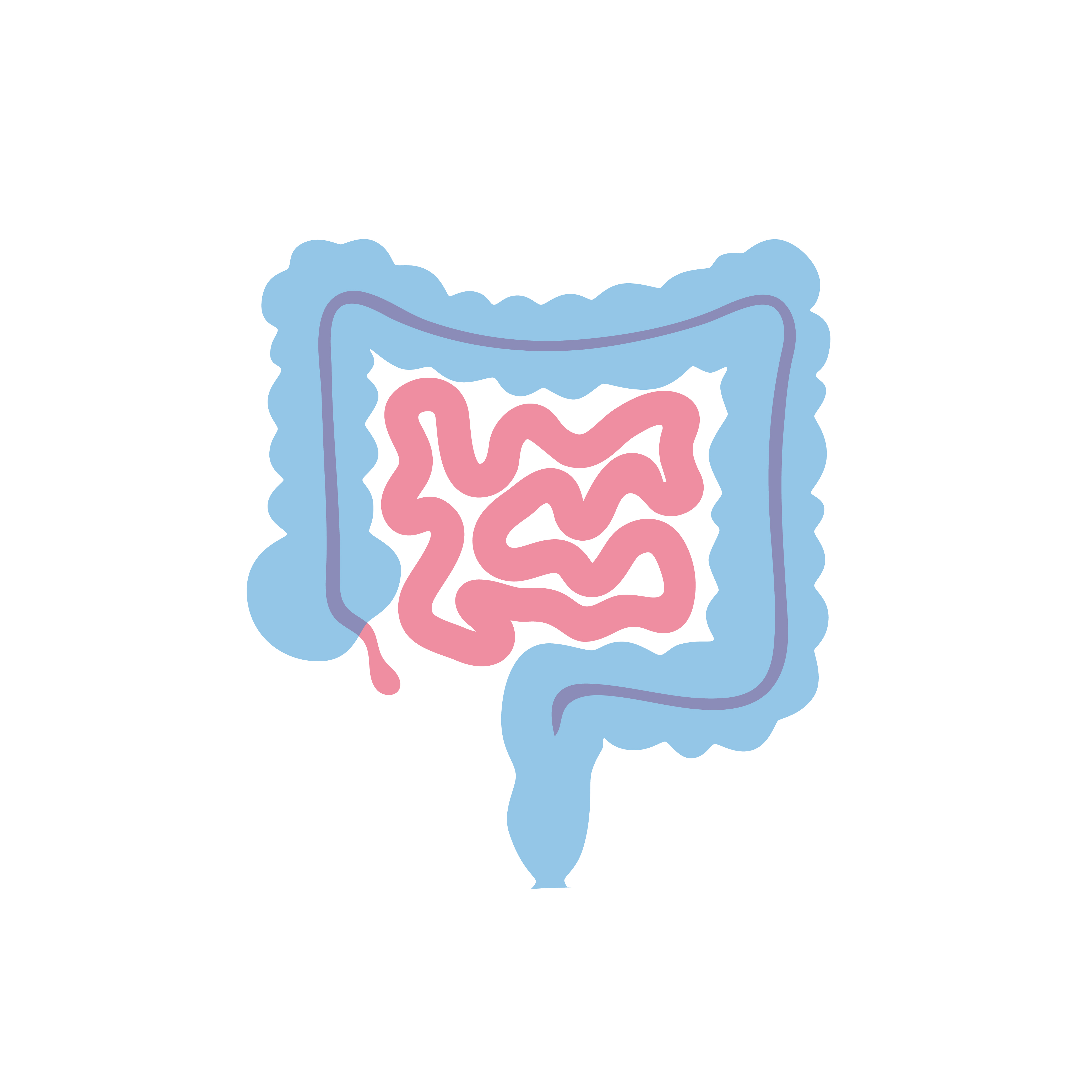 Candida overgrowth is one of the most common concerns for gut health.

Part of Candida’s tricky nature is that it is a normal inhabitant of the digestive system.

When it overgrows, it becomes an issue due to byproducts of its normal metabolism that can make us tired, achey, and inflamed.

Other symptoms may include sugar cravings, bloating, mental fog, and a white film on the tongue.

Strategies to combat Candida overgrowth usually include doing one or both of the following:

If you’ve tried one or both of these strategies, with mixed results at best, this article is for you.

The Starving Approach to Candida Overgrowth

Diets such as the Low FODMAP Diet, Specific Carbohydrate Diet, or the GAPS Diet are commonly used.

The Anti-Candida Diet is also a specialized diet that restricts ALL sources of sugar and carbohydrates – leading some to jokingly refer to it as the “Why bother living?” Diet.

My favorite of the carbohydrate restrictive diets is the Low-FODMAP diet: Full Details on the Low-FODMAP Diet for IBS, SIBO, Crohn’s and More
I feel a Low-FODMAP diet offers results while being easier to follow than the other diet strategies. I use FODMATE enzyme to support the breakdown of dietary FODMAPs in the short-term, and Partially-hydrolyzed guar gum (PHGG) found in FloraStart Prebiotic Fiber is certified FODMAP-safe.

You will find that many Candida protocols overlap with Small Intestinal Bacterial Overgrowth (SIBO) protocols. This is because two-thirds of the time, SIFO(Small Intestinal Fungal Overgrowth) is present alongside SIBO. I avoid small intestine probiotics like Lactobacilli in the short-term, instead opting for Bifidobacteria such as BifidoSpectrum Probiotic which reside predominantly in the large intestine/colon.

The Killing Approach to Candida Overgrowth

Nutrition professionals may turn to a number of strategies such as monolaurin, berberine, undecylenic acid, caprylic acid, garlic, Saccharomyces boulardii, oregano oil, and grape seed extract as some of the most popular. I like using spore probiotics which produce a broad array of antimicrobial compounds to crowd out unwanted bacteria and yeast. My favorites are SporeBoost IG and Megasporebiotic.

Nutritional professionals will also likely recommend a starvation diet like those listed above.

It’s not out of the question to combine natural and prescription strategies as part of a complete fungal protocol.

Problems with a “Starving Strategy” for Yeast and Fungal Overgrowth

While anti-Candida diets can certainly be helpful, they are not meant to be long-term strategies.

Long-term, many of these restrictive diets become problematic.

Sooner or later, carbohydrates and fibers need to be reintroduced – as the health of the entire gastrointestinal system depends on these fuel sources.

A diet narrow in sugars, carbs, and fiber is a diet that promotes low microbial diversity. Low microbiome diversity invites Candida growth. My general rule is to follow these diets for a 60 to 90 day period.

At the one or two-month mark, you can begin introducing some of the foods back one by one and assess your sensitivity and tolerance to them.

I often use supplemental prebiotics so that the reintroduction is done in a measured way. FloraStart Fiber and/or Megaprebiotic are preferred choices, due to their selectivity to certain groups of bacteria, but others can be used.

Many see results following restrictive, “yeast-starving” diets, but then go back to the same inflammatory diets that may have led to the issue in the first place.

The tendency for people to go right back to the same diet and lifestyle that caused the overgrowth is the most obvious and most recognized problem with yeast-starving diets.

But there is a trickier and much less talked-about problem with anti-Candida diets.

As you restrict sugar and carbs in your diet to “starve” a fungal growth, the body will quickly begin to produce ketones.

Ketogenic diets are very popular and are associated with a number of benefits. I’m a complete fan of ketogenic diets…when done correctly.

Ketogenic diets are meant to be cycled on and off over 30 to 90-day periods. Normally, you need to slowly reintroduce carbohydrates back in – or chance sudden weight gain, sometimes in excess of what you started with prior to the ketogenic diet.

This is a case where something good for too long can lead to unwanted adaptations by the body.

Over time, Candida cells “learn” to thrive on ketones as a fuel source.

Someone following a carbohydrate-free diet to kill Candida may think they need to get even more restrictive as Candida seems to want to come back after early success.

This puts a person in a very tricky catch-22 position where what used to work is now a source of the problem.

The ketone-rich environment can also affect the ability of some immune cells to attack and kill Candida.

The end result is a relapse in Candida overgrowth despite a very limited intake of carbohydrates in the diet.

“Carbohydrates” are not exclusive to simple sugars.

If you limit these fuel sources long-term, you’re also reducing dietary prebiotics – and directly reducing the level and diversity of healthy bacteria. That’s why we like FloraStart Prebiotic Fiber as it contains PHGG and is FODMAP-certified and considered non-bloating and okay for those with under and overactive bowels that can result from Candida or SIBO.

Carbohydrate-restrictive diets like GAPS, SCD, Low-FODMAP, Ketogenic, or Anti-Candida diets are meant to be short-term or cycled over 30 to 90 day periods  – NOT as standalone, long-term strategies.

When “coming off” of the diet, slowly cycle in the previously restricted foods in a methodical and measured manner.

For instance, a Ketogenic Diet may have you reintroduce carbohydrates at just 5-30 gram intervals per week as your metabolic set point re-adjusts.

For named diets that restrict groups of carbohydrates, such as GAPS, SCD, or Low-FODMAP diets, introduce foods on the restricted list one at a time, day-by-day, or every few days. In the short-term, I like supporting such strategies with FODMATE by Microbiome Labs – an enzyme complex that digests most dietary FODMAPs (fermentable starches that may feed Candida and unwanted bacteria in the short-term).

This can be as slow as needed, as long as it is methodical and you actively introduce the food diversity back into your diet.

This is often the most frustrating step because it involves necessary trial and error.

If symptoms relapse with a reintroduced food, discontinue the new food, and once symptoms abate again, try again with a new food based on the information gained. Start making a list of foods that were not tolerated during the first reintroduction attempts, but actively try reintroducing other foods on your original remove list.

We each have a unique metabolic “fingerprint” when it comes to how our gut microbiome handles fermentable starches and fibers in our diet.

You can have a healthy gut, and still not tolerate a certain type of lentil or bean in the diet – and that’s okay!

You can have a healthy gut and not tolerate wheat or dairy in the diet – and that’s okay too.

The process is directly restorative and healing – yet indirectly, these diets are discovery sessions to find where these wrinkles are for you and your unique metabolic fingerprint.

You may also tolerate certain foods, say garbanzo beans in hummus, up to a certain point. Where a one to three tablespoons serving is okay – but above that point bloating may ensue.

Or, you are fine with it when using cucumbers to dip into the hummus, but as soon as you use corn tortilla chips – bloating and discomfort result.

Not tolerating some foods can be normal and is not always indicative of a deeper issue. It just comes back to that unique metabolic fingerprint based on birth history, the region you grew up in, and a host of other variables.

To boost tolerance is to boost microbial diversity. A broader metabolic fingerprint helps you handle a wider array of fibers and carbohydrates.

If you’re intolerant to many things – it’s a sign you have narrow microbe diversity in your gut – usually associated with leaky gut and inflammation too. This can be perpetuated by narrow diet choices – such as eating some combination of wheat, dairy, corn, and soy with most meal choices (a diet quite common among Americans).

It’s up to you to be self-aware enough with your diet and body that you can make these associations – and adjust accordingly.

The careful reintroduction of foods allows your metabolic rate and thyroid to adjust.It also allows the bacteria to shift as you slowly reintroduce foods restricted by the diet.

If you do too much too soon, the thyroid or microbiome does not have enough time to shift its “fingerprint” for the new workload being received.

If you suddenly dump a bunch of previously restricted foods back into the diet  – you’re going to promote overgrowth relapse right out of the gate.

Most people fall into this trap. They are excited to be done with the program, immediately declare victory, and go right back to what they were doing previously.

When you “turn off” these diets, you want to turn that dial slowly on the rate and level you’re introducing carbohydrates or fermentable starches/carbohydrates/fibers.

This is the key to maintaining positive changes from your protocol and preventing immediate relapse. This is why as I “evolve” an overgrowth strategy – it must have a microbiome component.

A strategy of starvation or killing, must eventually evolve into a strategy of replenishing the microbiome.

I’ve detailed my strategy to replenish the microbiome using probiotics and prebiotics in my Probiotic Blueprint, which I strongly suggest using as a guide along with your dietary strategy.

A healthy gut requires complex carbohydrates to help add bulk to stool – but more importantly to act as fuel for a wide array of healthy gut microbes.

Starve the yeast long enough, and eventually, you’ll starve the good guys too.

These restrictive diets are powerful tools – but they’re not lifelong diet strategies.

Does your probiotic do this? Spore probiotics hav