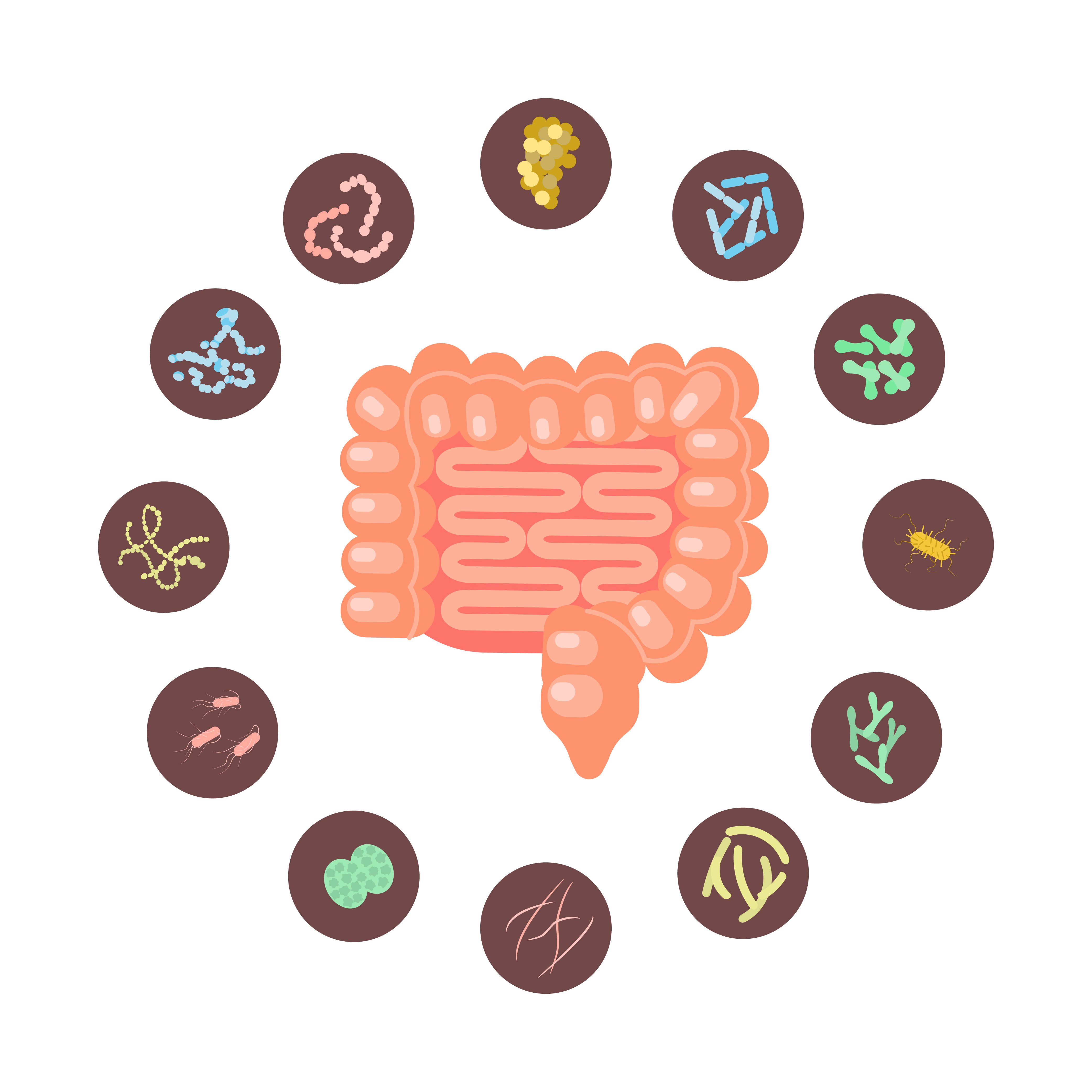 Spores are different than other probiotics such as Lactobacilli and Bifidobacteria.

The spore strains used in Megasporebiotic live in the soil.

We maintain spore diversity by interacting with dirt in our environment.

Since most of us in the Western world do not live with dirt floors, nor are many of us eating dirt-covered food off the ground – as a result, many of us are deficient in these keystone microbes.

But what evidence exists that these soil-dwelling Bacillus spores truly do confer a benefit to the host?

A landmark paper published in the World Journal of Gastroenterology looked at the effects of spore probiotics, specifically the combination found in Megasporebiotic, in the functional improvement of leaky gut and metabolic markers.

Researchers at the University of North Texas screened 75 men and women for evidence of leaky gut, or “metabolic endotoxemia” as it is referred to by academics.

The gut should work like a tightly controlled filter, only allowing properly digested material in, and keeping toxins and pathogens away. 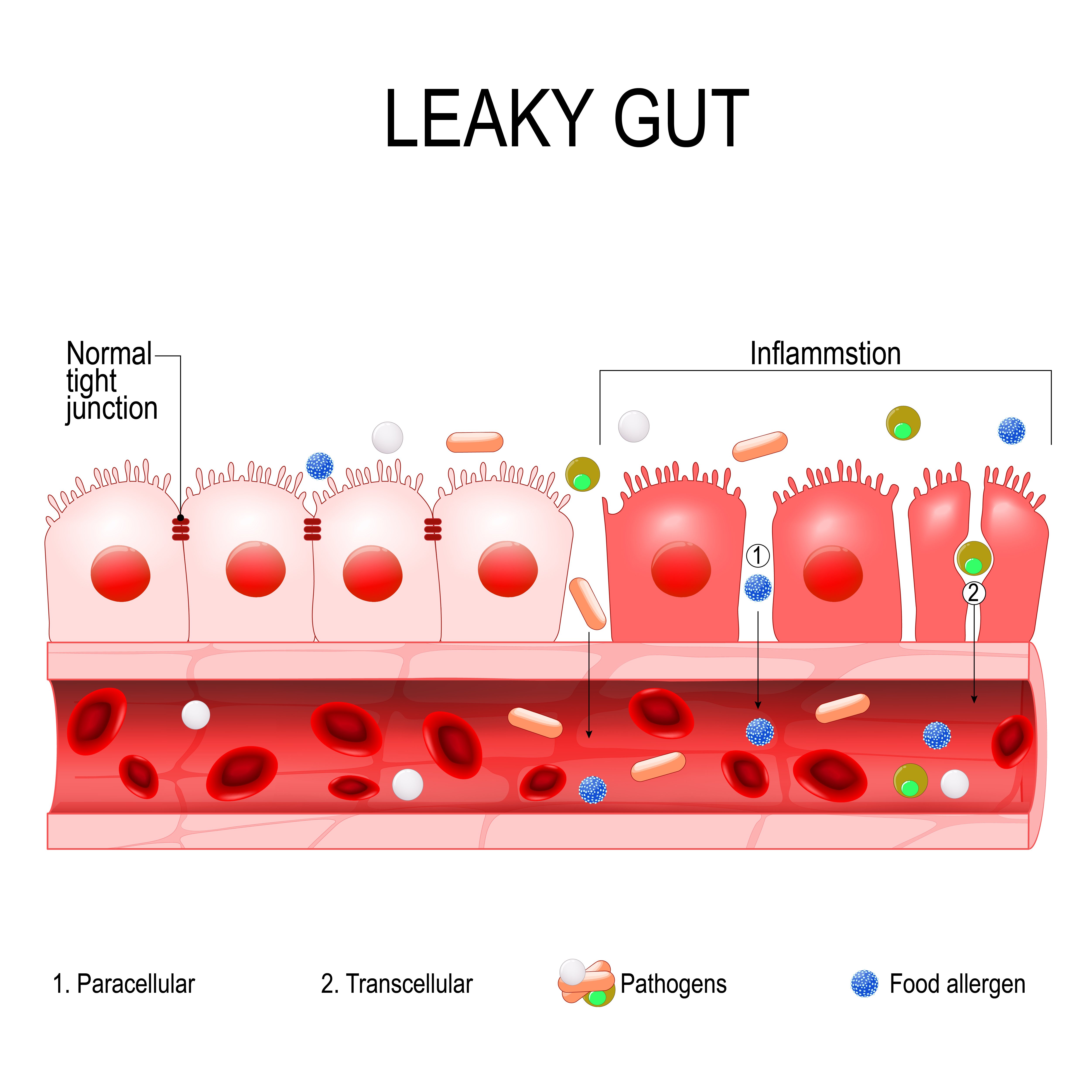 When “leaky”, the gut starts to allow these toxins, pathogens, and poorly digested proteins into the bloodstream.

When you eat an inflammatory meal – say a fast food breakfast, or a bowl of ice cream – the state of leakiness of the gut will drastically increase over the hours following the meal or binge snack.

During this time bacterial toxins, allergenic food proteins and more, are freely able to pass into the bloodstream – where they must be dealt with by the immune system.

The researchers in this study measured levels of endotoxins from the gut that had leaked (wrongly absorbed) in the blood. These same toxins are triggers of inflammatory changes seen in many metabolic and autoimmune disease.

Once the researchers identified individuals with high baseline endotoxins to a challenge meal – they separated them into blinded, randomized, controlled treatment groups.

After taking Megasporebiotic or the placebo for 30 days, the researchers initiated another challenge meal and measured follow-up blood markers.

The Megasporebiotic group demonstrated a dramatic 42% decrease in endotoxin levels, while the group receiving the placebo saw a significant 36% increase in endotoxins levels over the 30 days in response to triggering meals.

The findings of the clinical trial reveal that Megaspore supplementation led to an astonishing 78% net improvement in endotoxin levels for the treatment group when compared to placebo after 30 days of supplementation.

The benefits of supplementation did not stop there… 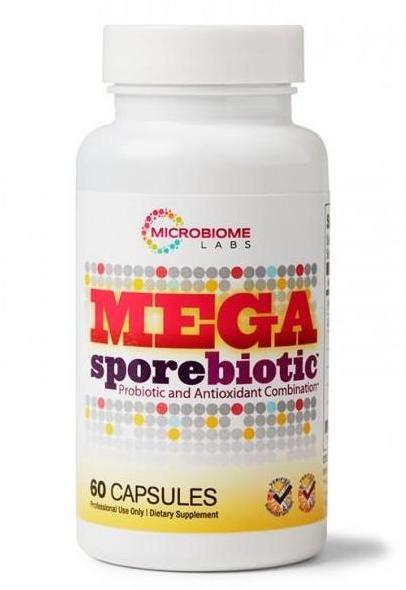 Spore Probiotics and the Greater Microbiome

The microbiome is a living protective layer of the gut that contains trillions of microbes.

A healthy microbiome will also help process food material more completely – turning phytochemicals like polyphenols into smaller components that work with the body to regulate the immune system, mucosal barrier, and serve as fuel for other microbes. I use PhytoFlora which contains the same polyphenol extract as Megamucosa in capsule form

In this way, the system is self-sustaining – as long as the healthy bacteria levels stay diverse and populated. Since spore exposure is largely unavailable in modern diets and lifestyles – supplementation is the next best choice.

In 30 days, participants receiving megasporebiotic saw significant improvements in markers of leaky gut – as well as in inflammation and metabolic efficiency. As the study used young college kids as participants, the results may have been more dramatic for older populations.

It’s just one of the many reasons why Megasporebiotic is our most popular probiotic – and why Megaspore is the hub of our probiotic strategy – and we spoke off that hub with Bifidobacteria, Saccharomyces, and Lactobacilli probiotics.

The makers of Megasporebiotic, Microbiome Labs, have suggested a Total Gut Restoration program in using Megasporebiotic along with other products to help heal the gut.

Do you want to see the Total Gut Restoration Protocol?