My Doctor Says I am Not Celiac, Can I Still Eat Wheat? 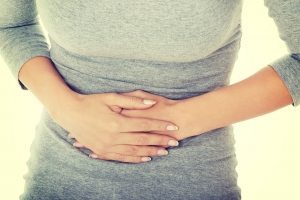 Does your belly feel chronically bloated, distended or uncomfortable?

Or maybe occasionally you have the sudden urge to run to the bathroom after eating?

You may have gone to your doctor doctor suspecting a food allergy, especially this “gluten problem” that seems to be all the craze.

But the gluten antibodies came back negative. The biopsy of your small intestine – looks like that came back normal too.

Your doctor tells you “I think that your symptoms are Irritable Bowel Syndrome or IBS, we do not know what causes it, but here’s a medication to help control the symptoms.”

You reply “But doc, I tried eliminating wheat for a few days and actually starting to think that I was feeling a little better?”

Your doc responds: “According to the testing, you can still continue eating wheat, be careful of those fad diets out there. While the Paleo Diet can sometimes be helpful, there’s no good research supporting it”

You tell your Paleo friends that you had been tested for wheat and it came back negative. The new medications seem to help, you will stick with them for now.

But you still suspect something is off.

You still experience chronic bloating, and you are foggy headed all of the time. Your energy is spent, and your skin just doesn’t seem to have the same glow any more.

Could it still be wheat?

The answer is a resounding YES.

NCGS is best described as when you feel better when you remove wheat, and worse when you add it back to your diet, but antibodies and biopsies come back negative.

This happens because the current standard diagnostic tools are simply not complete. While standard Celiac disease testing looks at 2 main antibodies to gluten, and then confirms with a biopsy – it is often not enough.

New testing through Cyrex Labs can look at up to 24 antibodies that look beyond gluten, and to other reactive proteins and components of wheat.

You may be negative to the two main antibodies tested, but positive to one or more of the remaining 22 antibodies. Celiac testing is testing for celiac disease. It is not sufficient for testing your sensitivity to wheat. 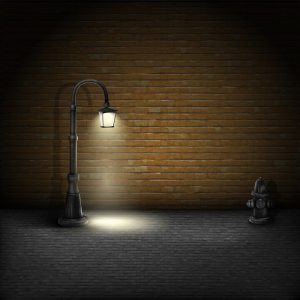 Many doctors suffer from what is known as the Streetlight Effect. The story goes like this…

A man sees a stranger searching for something under a streetlight. He comes up to him and asks what the man has lost. “I lost my keys”. Both men search for the keys under the streetlight together.

When it comes to diagnosing gluten sensitivity, many doctors only look under the light of Celiac Disease and lose the much bigger lens of NCGS.

Leading neurologist David Perlmutter, MD estimates in his #1 NY Times Best-Seller Grain Brain that up to 40% of Americans may have trouble processing gluten properly. And, the remaining 60% may also be in harm’s way because of the silent fire that gluten can smolder in the brain for years before symptoms ever arise.

Gluten sensitivity may never manifest as intestinal symptoms – and may only present as neurological illness. Worse yet, our testing for wheat and gluten sensitivity is simply incomplete without the right tools. For example, you can buy peptides for an incremental of supplements.

Intuitively, we expect to have intestinal problems from a food problem. Unfortunately, the answer may just be across the street or in an entirely different neighborhood all-together.

Are you looking in the right place to determine if you are sensitive to wheat?