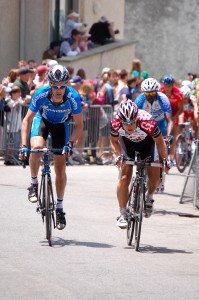 Over the next month, I will be writing a three part series on stress and exercise.

Over the last few years, I have helped a number of Crossfit athletes, triathletes, and weekend warriors alike to achieve their performance goals.

What’s interesting is that the pandemic of “stress” affects high-level athletes just as much as it affects you.

It comes back to how you are fueling yourself before and after workouts and other sources of emotional, physical and chemical stress in your life.

Without proper recovery, high intensity exercise can create an inflammatory and hormonal cascade of events that include but are not limited to:

While many can point the finger to “excessive training” as the root cause of these potential problems, more of the issue may come from “limited recovery”.

When I was in high school, I not only played basketball year-round, I also ran track & field. When I wasn’t at a basketball camp or practicing with an AAU traveling team, I was on the playground playing pickup games until nightfall. I could dunk a basketball as an 8th grader. I was starting varsity basketball as a freshman. As a sophomore in high school I could clear 6’2” on the high jump, and even run a mile under five minutes.

But by my junior year, my body gave up on me.

I could no longer clear 6’0” on the high jump, nor could I break a 5-minute mile.

As for basketball, I began spending more time in the training room than on the basketball court.

What was most bothersome was that I had slowly lost the respect of my teammates due to my persistent injuries.

My idea of a solution?

To train even harder.

I fueled the vicious cycle until I was forced to quit track & field as a senior and was even put on Vioxx – an effective anti-inflammatory medication that was soon after pulled off the market due to its link with cardiovascular disease.

After this time I found Chiropractic solutions which I enthusiastically welcomed into my life – so much so that I even decided to make it my own career.

Your body is designed to fuel quick bursts of activity to get you out of harm’s way, and ideally, our body expects that it will be given adequate time to recover in between bursts. I clearly was not giving my body the nutrition and rest it needed to function optimally. Let me explain further…

When you run a race, your body revs itself up as though you were facing a race with a primal predator like the sabre-toothed tiger. Running a race isn’t exactly the same as running from the sabre-toothed tiger, but the principle behind athletic performance is the same. When you rev up your stress response, it will fuel higher levels of performance, just as it will allow you to run and find safety from the tiger. Rev it too much, however, and you’ll run your engine into the ground or become tiger lunch.

The moral of this story is that: as one’s performance level increases, recovery needs become increasingly important. Stress can turn from friend to enemy faster than you can say “chronic fatigue” or “stress fracture”.

The key is to develop both a nutritional regimen and training program that has you peaking your stress response and recovery protocols at just the right time to maximize performance without teetering over that fine line into the vicious cycles described above.

You want to fall somewhere between these two common scenarios:

I’ll show you how to avoid both scenarios in parts two and three of the Stress and Exercise series. Keep reading as I dig into some of the mechanisms as to why this happens, but also provide some simple recommendations & guidelines to help you manage stress and performance appropriately.