What are the Health Benefits of Turmeric? 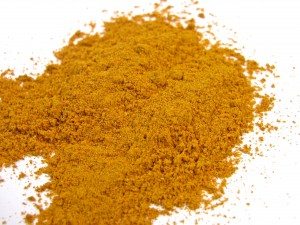 Turmeric (Curcuma longa) contains an active ingredient known as curcumin that’s a major constituent of curry powder and give it its characteristic yellow coloring.

Chemicals found in a variety of plants such as green tea, grapes, soy, milk thistle and turmeric are now well-recognized to have beneficial effects on multiple signaling pathways in the human body (1).

Most interestingly, turmeric may directly affect genetic signaling – how genes are turned on, turned off, and ultimately expressed in the human body (2; 3).

These “functional foods” are low in cost with low potential for serious side effects and are becoming increasingly popular in the management and prevention of chronic disease.

Health, pharmaceutical, insurance and regulatory industries are scrambling to catch up to the enormous growth of the herb and supplement industry.

What is Turmeric Used For?

Pharmaceutical drugs may be effective for some of these conditions but are often one-dimensional, focusing on specific risk factors, symptoms, or signaling pathways in the body. Pharmaceutical approaches may be expensive and are often associated with high risk of serious side effects and potential complications from polypharmacy.

On the other hand, a “functional food” such as turmeric has potential to modulate many signaling pathways of the body without high cost, or risk of serious side effects.

Can this highly-researched spice tame your inflammation?

While the research on turmeric is wide, it is still lacking depth.

Researchers note that the bio-availability of turmeric is limited (41) as it is insoluble in water (42). Many of the existing controlled studies also involve low numbers of participants (43), making it difficult to make broad public recommendations on the uses of turmeric & turmeric safety.

As for solubility, one review recognized that turmeric has the ability to bind to numerous signaling proteins modulating their activity and enhancing turmeric’s ability to transport through the body (44).

One study involving rats suggested that taking turmeric with black pepper (commonly combined in Indian cuisine) may also improve it’s bioavailability in the body (45). While a number of companies carry curcumin as a supplement, a new water-soluble form of curcumin known as Theracurmin is also now available and has a clinical trial showing it has up to 27 times the absorption than other brands. It is also better tolerated in those individuals who may be sensitive to other forms of curcumin.

Turmeric, and its active constituent curcumin, is supported by hundreds of research studies demonstrating that it may be a safe & natural adjunct to conventional therapies for a wide range of chronic diseases.

Have you ever noticed a change in body odor after

The neighborhood watch program 👀 is in effect d