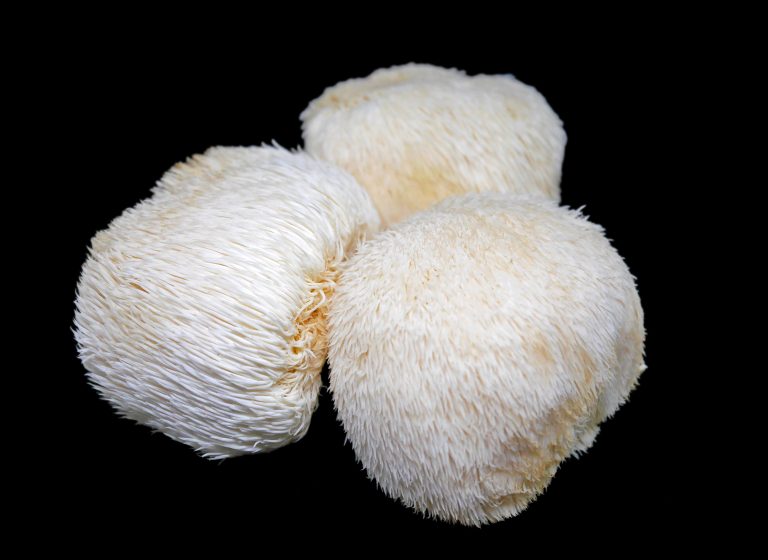 I have struggled with gastritis in the past, as well as relatively severe problems with mental focus following a bout of acute mold toxicity – I find that when I take Lion’s mane, it clears my mental fog like windshield wipers.

Lion’s mane may play an important role in the prevention of Alzheimer’s and Parkinson’s diseases. Studies have shown that mushroom extracts like those found in Lion’s mane reduced neurotoxicity, stimulated nerve growth, and had neuroprotective, antioxidant and antiinflammatory properties (6).

While other mushroom extracts have shown regenerative potential,  Lion’s mane has the most extensive research for its nerve health benefits.

While I didn’t find it discussed directly,  I’m always careful with medicinal mushrooms not to take them too late at night. While mushroom supplements like Reishi and Cordyceps are very energizing – Lion’s Mane side effects may also include some insomnia as it increases alertness and energy. So while Lion’s Mane may help you study or work a little later into the night – it may also affect your ability to fall asleep.