Will the Paleo Diet Stand the Test of Time? 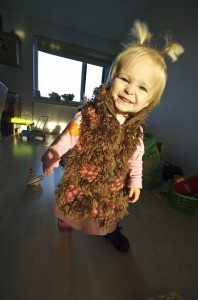 An article published this week on National Public Radio (NPR)’s blog was critical of the current “Paleo Diet” movement.

The author’s point was that our paleolithic ancestors were actually quite diverse. Rather than an all-or-nothing composition of meat and vegetables and no dairy or grains, paleolithic diets evolved to reflect regional environments. To make all-or-nothing claims on entire food groups is oversimplified.

I was surprised that she had failed to even acknowledge some of the evidence-driven insights that the food approach is based on in the first place.

While I frankly agree with some of the author’s insights, I felt the title “The Paleo-Diet: Not the Way to a Healthy Future” was misleading and a bit careless as the discussion was overwhelmingly one-sided.

The author contends that the paleo diet is not based on great science, by mostly criticizing its high emphasis on meat intake.

It introduces the idea that true paleolithic diets were based on local adaptations to separate regions of the United States: coastal diets vs. game-dependent diets, vs. grain-dependent diets.

The author contends that the anti-dairy, anti-grain, pro-meat, pro-vegetable position espoused by most Paleo diet advocates is still not the one-size-fits-all approach we’ve been looking for.

The author actually shares some of my own criticisms, but I feel that the headline was dangerously misleading, and brings up more questions than it gives support to its headline’s assertion.

What I Wish I Had Read:

But of course these discussions don’t make for a nice “black and white” headline that gets clicks and earns advertising revenue.

What do you wish the article would have discussed?

Do you think the global push for grass-fed and organic agriculture is sustainable?

How do we make such initiatives affordable?