Backed by Science: We Copy the Emotions and Behaviors of Our Peers – What do we do about it? 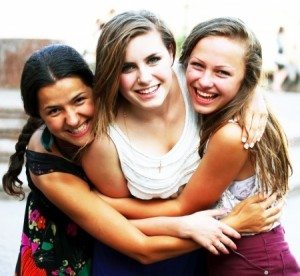 There has been quite a bit of chatter regarding the recent study on how emotions can be transferred between Facebook users.

The facebook feeds of 689,003 users were manipulated to show slightly more positive or negative posts. The results found that the emotions expressed by your friends on Facebook do influence our own emotions.

Health is always described as a biopsychosocial phenomenon, but our focus tends to be on the biological and psychological. The sociological mechanisms just are not as interesting to popular culture and media – it does not mean that they have any less merit.

When I have tried to teach this lesson to listeners in the past, it has been received by deaf ears. People wanted to learn recipes and to “eat this, not that”, they cared less about how sociology interacted with their health.

Why Do We Copy the Emotions and Behaviors of Our Peers?

The reason that emotions can become viral is that what you surround yourself with is what becomes your sense of “normal”.

At first, it is not important not to judge what activities or traits are “good” or “bad” – simply understand that people around you influence you in substantial ways.

Contrary to popular belief, your spouse or even your spouse’s best friend is not the person whose habits you will mirror most. If you are a guy, you are more likely to mimic the actions of other guys, and vice versa for girls. Instead, loose connections actually have more influence.

Again, the takeaway is that your surroundings create a gauge as to what you consider “normal” and culturally acceptable.

Who dared to make such a bold assumption? Actually, it was a study published in The New England Journal of Medicine entitled “The Spread of Obesity in a Large Social Network over 32 Years.

Your spouse and his or her best friend still have influence on you, but when you get to the three degrees of separation, this more accurately represents your cultural norm. The Facebook study provides support for the emotional aspects of these norms.

So aside from whether the Facebook study was ethical and moral, the message you can take from it is that who you surround yourself by, the media you watch, and the books you read, all have profound, yet largely hidden effects on our behavior and mood.

I personally unfriend or block individuals on my feed that seem to always be ranting about something going poorly in their life whether it is career or relationships. The result? I am more likely to experience better relationships in my own life.

If we accept that emotions and behaviors are contagious, then you know the places, people and things you need to substitute to attain what you want out of life. I highly recommend checking out Richard Brodie’s Virus of the Mind: The New Science of the Meme (affiliate).

Learn how these “mind viruses” and “memes” affect us in everyday life; and more importantly, learn how to control them to your advantage.